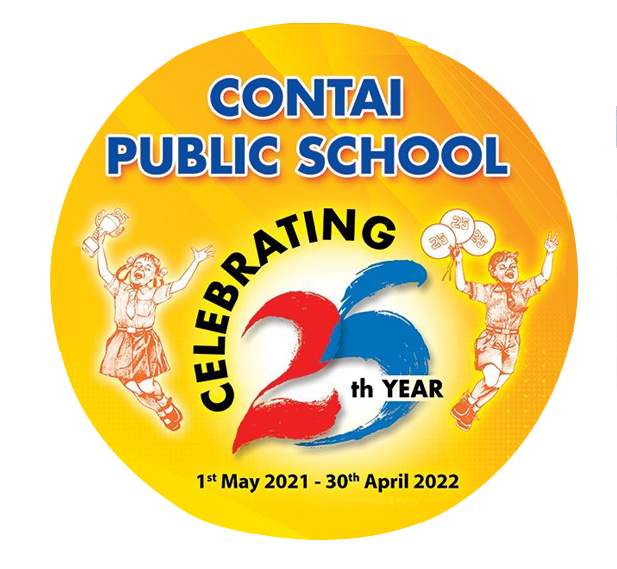 e-Magazine facilitates students' creative potentials. Articles are invited from students, Patrons, Teachers & Parents to express their views and selections are made by the Editorial Board. We encourage the students to write throughout the year as per their conveniences. Selected articles may be sent to different newspapers and magazines.

Gaining Compliance & Helping Children to Develop Self Management of Their Behaviour –Teachers often find it an overwhelming task to look for positive and respectful ways to lead students into displaying appropriate behaviours. We want to improve our relationships with our students, hoping to teach our kids to make good behaviour choices, even when we are not around.We need to work on rephrasing classroom instructions before going to penalties for non-compliance and misbehavior.  While these strategies may be initially ineffective with some of your "tough" kids, they gain effectiveness quickly.  If you still find yourself having to go to your penalties, the youngsters come to understand that the nice interventions are their "warnings".  They begin to respond to these strategies in order to avoid the penalties.  And now, because you are treating them respectfully, they come to like you better and return the respectful treatment. These strategies build inner control over behaviour.  Kids have to take the limited amount of information that you provide to them and figure out why you said it to them.  They try to discern what the problem must be and what they should do about it.  They become self disciplined "thinkers" instead of "stinkers".These strategies are "Psychoeducational” because they:

Rephrasing Our Comments: How we word and deliver our comments to others determines the outcome. Our delivery of the message will have an enormous impact on our effectiveness, our relationships with our students, the self image of the other, and happiness with ourselves as teacher/parent.The "4 No No's" (see below) hurt others, blame, accuse, and create hard feelings...even if you get compliance.  They are used by teachers functioning inadequately in the area of behavior management, and the many teachers who are dysfunctioning in their bullying, coercive, emotionally toxic manner.  The latter group may gain compliance from most kids, but defiant and "difficult" kids are likely to strike back.  They may then be seen as heroes/heroines by your other students who resent being treated poorly.  Oppressed people eventually rise up against their tyrants.  Avoid sowing the seeds of discontent.  Make your classroom the kind of place you envisioned when you were training to be a teacher.

When we address misbehaviour, it's important to delete four things from our commentary.
1. "Why Questions"
2. The word "YOU"
3. The words "NO" and "DON'T"
4. Lecturing/Nagging/Humiliating

"Why Questions" – "Why are your books not out?", ”Why is the board not rubbed?" …Do you ever find yourself asking kids "Why did you...?"  Were you really looking for the reason behind the behavior, or were you starting your series of lectures, reminders, and put-downs?  Think about those accusatory "why" questions.  They are "wolves in sheep's' clothing".  They appear to be seeking information (You may think - " I just asked him why!  I don't know why he got so upset.").   The real message is clear however.  Asking "Why are you doing that?" really means "I Caught You!"  Kids, realizing they are facing impending penalties, then lie, deceive, make excuses, or otherwise try to escape the inevitable punishment/criticism.  Our approach forces them into more undesirable behaviour.  Then we lose the focus, having to deal with the new excuses/misbehaviours that emerge instead of the original one. The word "Why" should only be used when a nice, concerned tone of voice is attached by someone who has true concern about the student's behaviour. Examples: “Why are you crying Neha, is something the matter?” “Why did I not see you in school for the last few days? Is everything alright?”
2. "YOU" Messages – Delete this word from your vocabulary when dealing with misbehavior.  It attacks and hurts.  It is condescending and controlling.  It fails to solve the problem. So what should we use in instead?What can you say in place of "YOU" when talking with your students? A particularly good way to prevent escalation of arguments and avoid putting children on the defensive is to state feelings or directions in the form of an "I message".  An "I message" involves stating what you would like to see done, how you feel, or what you need.  Examples: "I need quiet in this room right now." (As opposed to "Why are you talking?"), "I'm disappointed in what I saw out on the playground.  I don't expect to see that sort of thing now that we're in 3rd grade.  I expect to see better in the future." (Instead of "You all acted like idiots out there.")   We can also bond and connect with our pupils by using the plural form... the "We message"  combined with 3rd person references ("all of us", "my students") in place of  "YOU".  So, instead of saying "You're being too noisy.", try "We all need to be quiet so that we can hear our classmate's report."Notice how the word "YOU" was eliminated from the statements found below, replacing that word with "I", "us", "we", and "our".

Notice how the utterances become less confrontational and condescending.  Chances of getting compliance and cooperation increase.  Let's all give a conscious effort toward improving our verbal directions to kids. (Did you notice how I avoided saying that "You need to improve your verbal commands."?)
BEST PARTS ABOUT THIS APPROACH

Instead use – "Jai. Your schoolbag."
This technique avoids:

Short statements motivate youngsters to:
-think about the limited information
-identify the problem
-devise a solution
-exercise their own initiative & resolve the problem

1a. "No, you can't paint without an apron."
1b. "I know you feel uncomfortable in an apron, but it keeps paint from ruining your nice clothes."

2a. "Don't touch that!"
2b. "I'm glad you noticed the new plant.  Plants are for looking at.  Touching the leaves can hurt them."

You get what you give, so give good things.

With Gratitude  Sketch Me Global